Pullippulikalum Aattinkuttyum is still running successfully at major release centers and theatres! During Onam the film got released in new centers. Targeted audience of the film received it well. Other segments of audience couldn’t accept it completely. Anyhow, my producers are satisfied; me too! Wish I could come up with a creation that enthralls audience of all mind states soon.

Now we are going ahead with the new project. James Albert is waiting with completed screenplay. Today on 25th, the shooting is to start. It is named `7 Sundara Raathrikal’ (Seven beautiful  Nights). I shall be back with detailed updates soon. Till then my heartfelt gratitude for those who loved `Pullippulikalum Aattinkuttiyum’. Those who didn’t like it, here is requesting – Please give me three more chances!! I Shall try my best to be back with a good film!

Diamond Necklace is releasing today!
Thank you for the keen follow up and loving remembrances!
Your prayers and positive energy has given us great hope!
Please watch the movie in the theater near you and request all your dear ones to watch the movie at the earliest!
Love
Lal Jose

Diamond necklace went to censored early today. All who saw the film were pleased to give a clean U certificate to the film!!! Now moving on to the theaters near you!

In fact the last couple of weeks have been the busiest days of my career! 25 days after release of Spanish Masala I was shooting for Diamond Necklace in Dubai! In Dubai the film completed 40 days of shoot, and it has been conducted with maximum professional zeal! Second schedule of the shooting started on April first at Thrissur, Pollachi, Palakkad and wound up successfully. Dubbing is being done at Vismaya studio owned by Mohanlal.

After coming from Dubai, this time along with the film work, I was supposed to part take in two important weddings in the family, shooting of Cinema Karyangal and kept feeling for sure that I needed more than 24 hours for any day!

The film, Diamond Necklace, to be released on May 4, is a love story; no, three stories! Three levels of life situations that connect protagonist Arun Kumar with three women. This movie will have one of the most beautiful messages among all my films-`those who fail to practice financial discipline are bound to lose virtues and values’. The film has a strong emotional content. While keeping the dialogue on about man-woman relationships, it touches sublimely on greed, extravagance, squandering and consideration for the need of discipline, particularly of financial nature.

The promotion is in full swing. Teaser, trailer, songs and posters are released. Dear ones, please uphold `Diamond Necklace’ in your networks and watch it on the very first day of the release. 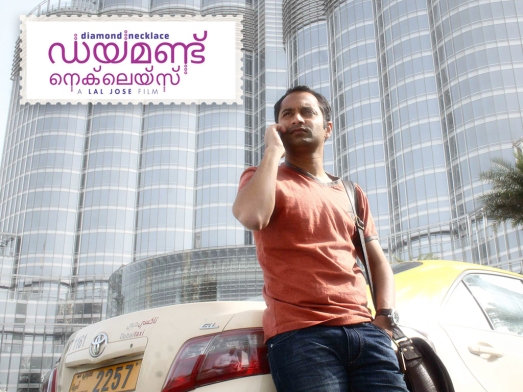 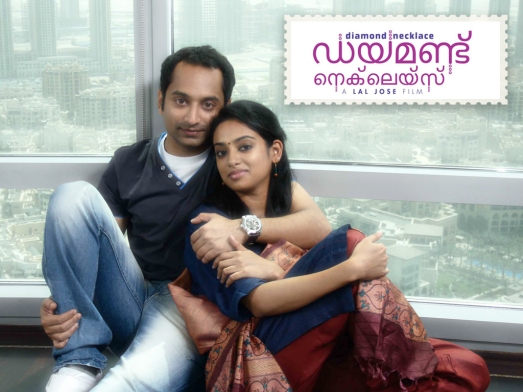